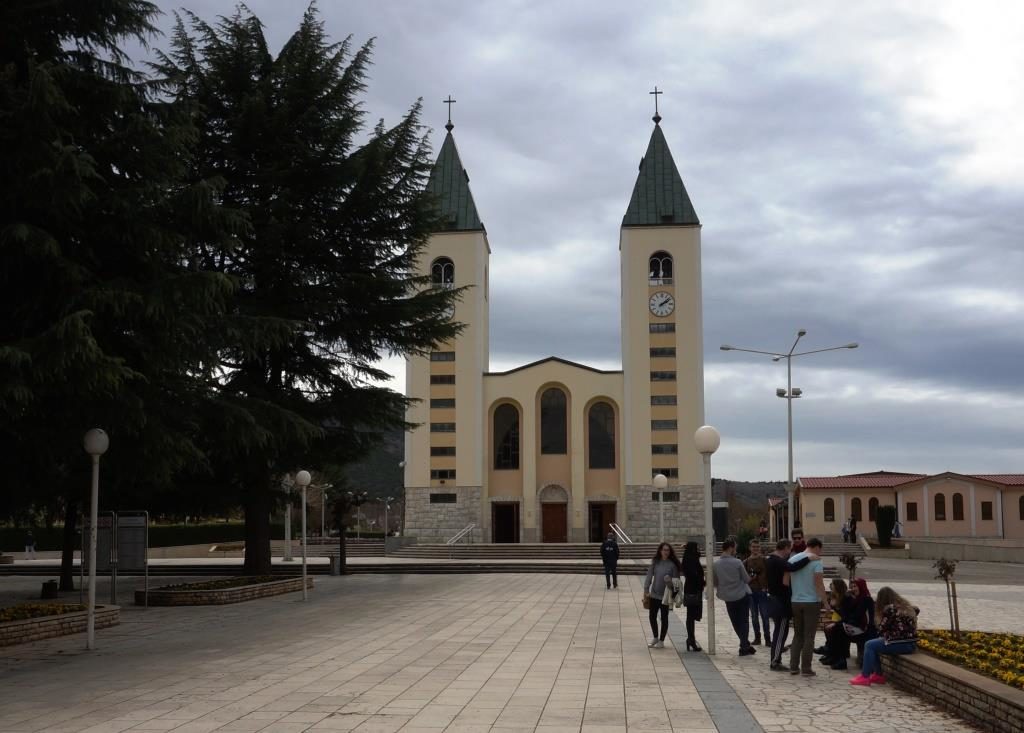 Batu, Eldin and Ana learned the story of Medjugorje from a group of Irish pilgrims: 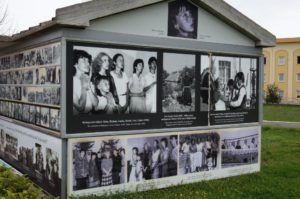 „The legend says that the Virgin Mary appeared to 6 children on the mountains and gave them messages to spread to the world. Today she’s still appearing to 3 of the 6 children and they’re still communicating with each other. To the other 3 she just shows up sometimes (one of them is living in Italy). The names of the six children are Viška, Jakob, Ivan, Marijana, Marija and Jakov. Nowadays the children are still alive and about 40 years old. They’re still talking to the Holy Maria and every 25th day of the month they share what she said. There are also another two things, which we were told by the same woman from Ireland. First one is that Marijana (one of the six kids) is having visions every month for the whole world and she is giving this information to the Catholic comunity all around the world. Second information is that on the way to the Apparition Hill there is one cross where people put the pictures of their family in purpose to pray for their problems to be solved.“

A greater part of the group spoke to an Austrian monk. Nijaz, Anela and Florina describe him as follows:

„Markus, a monk who came from Vienna to visit this place, said to Nijaz more about his trip to Međugorje. He has astonished sight and amazing eyes, and white face skin which highlighted his head from the black coat which covered his body. That was special because we felt that he is as devoted as we are.“

Leo, Dulba and Adi also write about what Markus told them about his perception of Medjugorje: 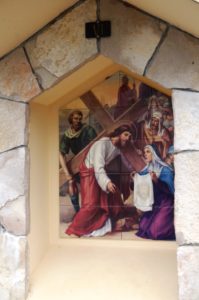 „As a group we met an Austrian monk who decided to travel to Medjugorje in a break of his theology study which he is taking to become a priest. He decided to visit the place where Mary has been seen by people and keeps showing herself to them in visions. He talks about the peace in the city that is especially strong for people that normally don’t spend time in a monastery. While he is talking you can see a strong determined look in his eyes that shows he is sure about what he’s talking about.“

There are a lot of different places in Medjugorje where people go to worship and pray. One of them particularly fascinated Lara, Emir and Sebi: 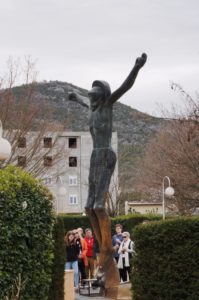 „What really caught our attention was the statue of Jesus. When we came down the path to where it stands there were a group of US-American pilgrims praying the Our Father. After the finished they queued up to touch a blank rubbed part below Jesus‘ knee. After some time, we asked one of the guides who was with them if he can tell us more – and we couldn’t believe that there was actually water dripping down. Since we are all very rational persons, we tried to come up with some kind of explanation, but we were really troubled with that. After touching it ourselves, we were still discussing how this can be possible, but every solution we found, one of us immediately confuted. We continued looking around the park area and also the graveyard, but couldn’t stop thinking about what we had seen and continued to spin some theories, how this might work. We agreed, that it couldn’t be some kind of condensation and also no holes through which the water can flow outside. As Sebi explained to us, there needs to be a lot of pressure, to get the water through holes such small. And for this pressure there needs to be some kind of machine, which would obviously cause a lot of noise. But to be honest, the only “noise” we heard were whistleling birds and talking people.“

Others went up Apparition hill, the place where the original vision of Mother Mary had happened in 1981 – Ado, Yvonne and Mustafa describe it: 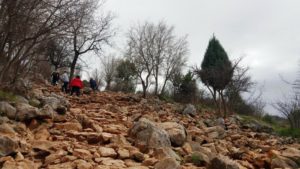 „Since we took quite a long walk, we finally came to the section where sharp rocks and stones started showing up and the most interesting thing to us was that were few people walking barefoot and few of them even on their knees which really shocked us because of the sharp rocks which we couldn’t handle ourselves even in shoes. While climbing to the apperation hill we came across several huge stones that had pictures on them, graved pictures with the Holy Mary and other scenes from the bible and people in front of them praying in groups and singing. On the way we also came across to a lot of people with different age, there were kids, there were eldery people with canes, there were people from other countries such as Australia, Germany, United Kingdom and many other countries. 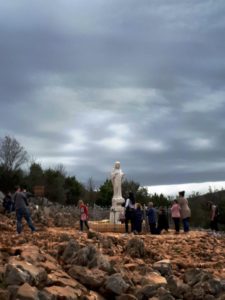 When we came to the apparition hill, we found a sign that showed that it has to be silent where there were a lot of people praying, but the most confusing thing for us was that we heard a choir from a lot of people just few meters away. We took some pictures and went back, where we were pleased with amazing view, wind and clean air. On the way down we heard people saying how hard it is to climb for everyone.“

The group didn’t hold back their criticism concerning the touristic feel of the place. Shady, Jana, Justina and Benjamin wrote: 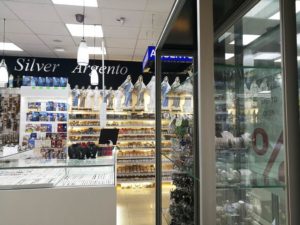 „It was a little bit annoying to see such a large amount of shops and stores around, especially when they are more or less selling the same stuff, while this place was meant to be and feel more spiritual, which was a feeling that we didn’t get so much. It seemed like a big sink for getting money.“

Jasmina, Robert and Fatih add to this:

„After all, we really liked the place, but some things are just too much and the fact that people are using religion just to make profit off of it, ruins the beauty it has.“

The young people captured well the tension between spirituality and economics that seems to run Medjugorje. Although most of them had trouble saying that they actually liked the place, they did find the experience interesting and enriching in their knowledge about the tradition of pilgrimage.